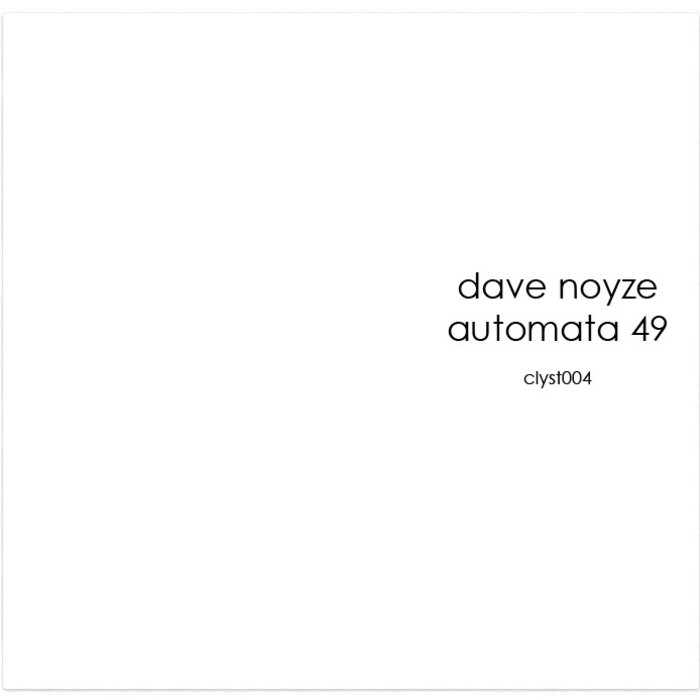 "Theory and Organisation of Complicated Automata"

For Automata 49 my musical guests were Garry Bradbury, Alan Lamb, Robin Fox and Chris Watson. In addition Bernd Ulmann and Christian Peters provided an invaluable recording of an analogue hybrid computer lecture. I wanted to additionally introduce the notions of "nature as computation" in this album, and it was fortuitous this year that Chris Watson came to the WIRED Lab for a residency. So I cornered him with some red wine and we had an extensive natter about the way "nature computes". But thats quite enough of the theory, on to the practice.

A quick tour through the music -> Allophonic Reaction is a quirky combination of disembodied alllophones and synths sequenced a la automataire "sometime" during my PhD daze. Quatermass and the McCulloch and Pitts, Scene XXIII & Scene XI uses a rather obscure old Yamaha sampling synthesizer controlled by a 2 Dimensional "modulus" Cellular Automata running in Acorn BASIC. The Computational Beauty of Nature I is a long wire recording of various rain/drizzle/wind events in the deep of winter at WIRED Lab, resulting in cold toes and wet feet. QBF Check Some was partly recorded with Robin Fox and a liberal sprinkling of whiskey with us using an ancient telecoms lab messaging test system of mine, rather special as it has two pin matrix programmers (one at the front and one at the back) and weighs a ton! QBF Check Some also features even more computational obscuria in the form of an early 80's digital delay line with a special frequency controlled sampler modification. Electric Landlady features some heavily modified wartime female singing passed through a custom Digital Signal Processor I built in the late 90's which attempts to "artificialize" anything it receives. Garry Bradbury provided me with some rather strange fairground music a few years back and the two recordings collided together to form this particular hallucination. The Computational Beauty of Nature II is a mixture of various natural events : the long wire instrument at WIRED Lab in heavy torrential rain, a tennis court fence in light afternoon rain and a series of field recordings by Chris Watson (ants, pistol shrimps, termites & wind in grass). Chipshopicum Seekata Automatus is the improbable result of a Cellular Automata sequencing a long forgotten speech sample in an early Emu sampler which ended up sounding like the word "chip shop" with some additional synthesizer twonklings providing a heavy gravy toping. CELLDYNA is a pure analogue hybrid computer piece. CELLDYNA uses minimal analogue computing elements (2 to 4 integrators, 2 potentiometers and an inverter) hybridized with a digital Cellular Automata sequencer. The spoken word samples are from a 1969 lecture from EAI titled "Understanding the Analogue/Hybrid Computer". The complete lecture was provided by Bernd (Vaxman) Ulmann, originally digitised by Christian Peters, and I sorted through it to sample a number of interesting segments. - Dave Noyze

Originally released as a CDr in 2009.